Children of the Forest

Children of the Forest is a fabulous forest school located just five minutes away from Blackdown Yurts between Croyle and Smithincott in a beautiful patch of mixed forest on a hillside with views of Uffculme in the distance. They run regular weekday sessions, weekend and holiday days and one off events. And you, our holiday makers, can book on too to experience their fabulous forest shenanigans.

Mia and Felix attended a Woodcraft day during half term - a real life version of Minecraft where they  collected different colour ores in the forest, exchanged them for materials to make dens and evade the forest monster! They absolutely loved it, so much in fact they persuaded me to go back with them the very next day for a “Muddy Mums” session with leader Gemma. Each session has a different theme. Ours was tracking animals. We had to leave trails to be discovered by the other team, sniff smells like badgers to find worms, play rabbits and hunters, as well as cooking bread, toasting marshmallows and popping popcorn (in a clever contraption made of two sieves!) over the camp fire.

They had previously taken Mark on a “Dangerous Dads” day where they whittled bows and arrows then had target practice! They also attended to help make a cob oven that is affectionately called the “Gruffaloven” and has produced such treats as marshmallow-topped tortilla pizzas!

I thoroughly recommend Children of the Forest sessions - their term time weekday sessions are booked in blocks so won’t be available to holiday makers, but the half term, holiday and weekend sessions are book as you go on their website. Ideal if you'd like a break from your little darlings while on holiday in the safe knowledge they are having fun and being well cared for! 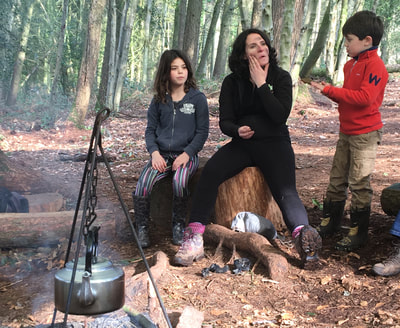 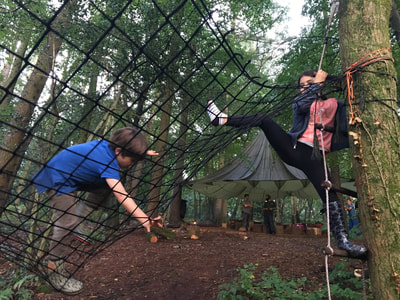 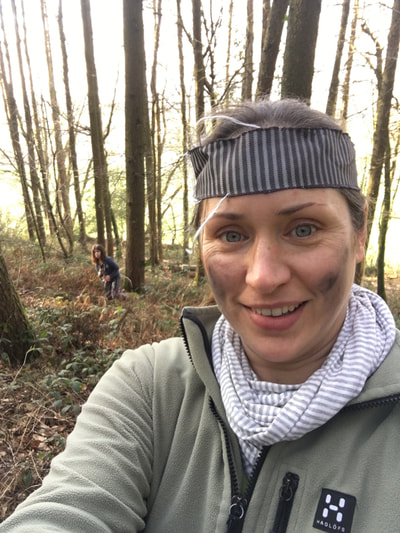 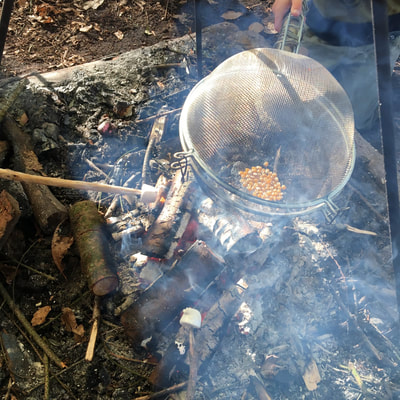 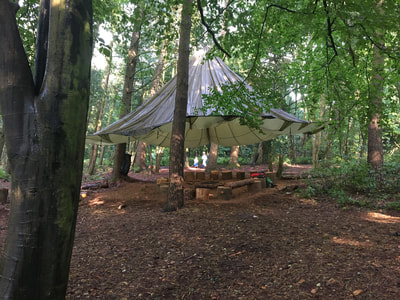 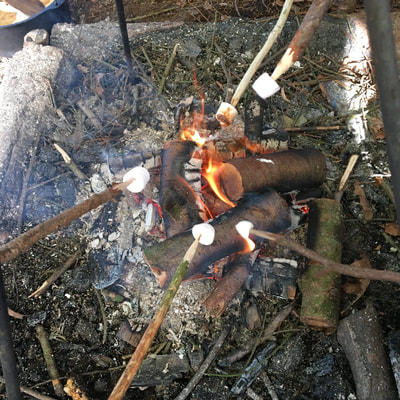 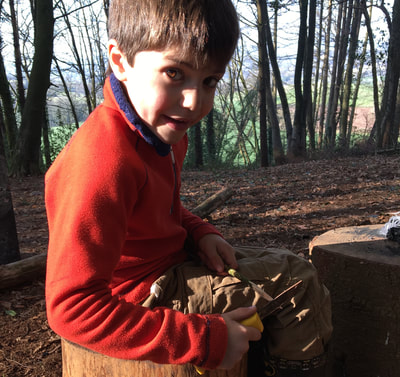 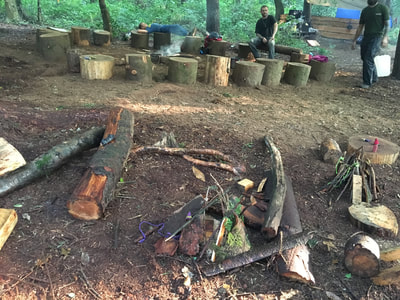 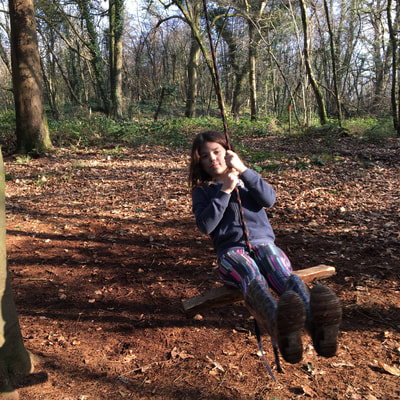